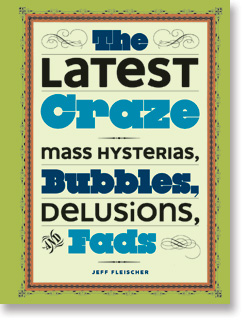 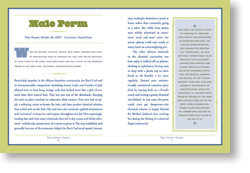 Greed, whimsy, fear, and outright craziness--human history is full of examples of irrational mass behavior, from the raging Tulip Mania of the 1600s to the Tickle Me Elmo rush of the 1990s.Â We have lost our minds over railroads, dances, men who look like monkeys, satellites, and electric fans. With more than sixty entries, The Latest Craze showcases the vast varieties of ways in which we find ourselves following the crowd, from the past through the present, including: o financial panics, bubbles, and crashes (Black Friday)

• mass hysterias (the War of the Worlds broadcast)
• moral panics (Salem Witch Trials)
• fashion fads (parachute pants)
• cultural manias (Beatlemania)
• technological trends and fears (the Y2K bug)
• beyond-our-control panics (12/12/12, aka the end of the world) Each entry offers a description of the conditions that caused the situation, examples of extreme behavior, the peak of the hysteria, and the consequences (immediate and ultimate). Will we ever learn?Â Probably not, but itâ€™s as entertaining as it is enlightening to see how the parade of absurdity continues to play out.

Jeff Fleischer is a journalist who has written for numerous publications, including Mother Jones, University Wire, and the Sydney Morning Herald. He lives in Chicago, Illinois.

Territory: World Rights sold: US Published in the US by Sterling Publishing