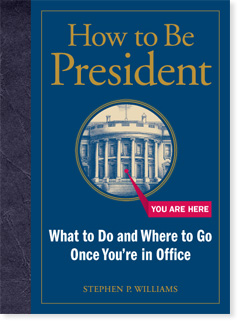 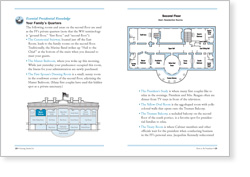 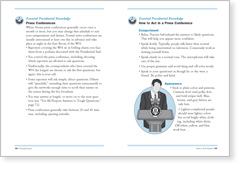 How to Be President

What to Do and Where to Go Once You're in Office

In this series of uniquely practical insider guides, we find out exactly what you need to know when you become one of the world's great leaders. Accurate, detailed diagrams and maps reveal the inner workings of private offices, security arrangements, and where to find the bathroom.

How to Be President provides the newly elected President of the United States of America with the specifics needed to get started as so-called leader of the free world, from a map of the White House (including personal quarters) to guidelines for using Air Force One and the in-house bowling alley. Stephen P. Williams has written for the New York Times, Newsweek, and Martha Stewart Living. He lives in New York City.

Whether you are looking to land your next big gig or put more juice in your current job, this book will take you on the adrenaline-charged fast track you need to get there.

Eileen P. Gunn has written for the Wall Street Journal, the New York Times, Worth, and Business 2.0. Before going solo, she was a reporter for Fortune magazine.

Dr. Philippa Gordon is a long-time Brooklyn pediatrician with three children of her own.