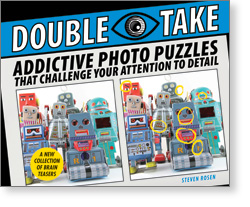 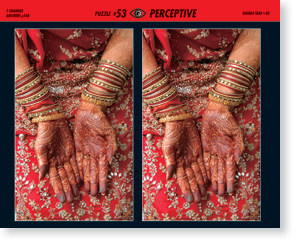 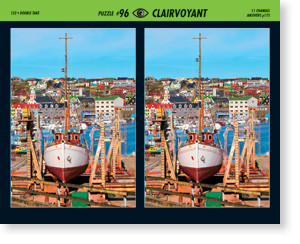 Challenge your brain with this addictive collection of clever spot-the-difference photo puzzles. Each pair of 100 color photos in this book is seemingly identical--but upon closer inspection, you'll begin to see the differences. The ingenious creator of these puzzles has made 6 to 12 changes in each image--can you find them all? Objects may be missing from or added to a photo; colors may change from one photo to the next: you'll have to look closely to discover each alteration. With four levels of difficulty, these compelling picture puzzles offer a fun workout for eye and brain. Once you get started, you may not be able to stop!

Steven Rosen is a Brooklyn-based photographer whose work has appeared in numerous publications. Steve is also the author of Spot the Differences.

Territory: World Rights sold: US Published in the US by Sterling Publishing